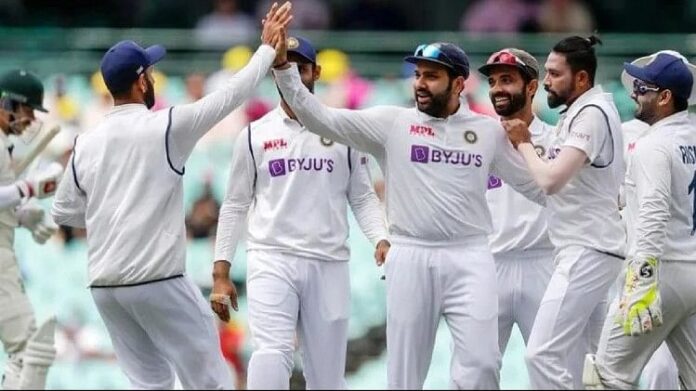 The final match of the World Test Championship 2023 is to be held in the month of June. The final of this ICC tournament is being held in England for the second time in a row. The top two teams in the World Test Championship points table will clash at The Oval in the month of June. However, in March itself, about three months before the final match, it will be decided between which two teams will fight for the title.

A total of six teams are still in the race for the finals, but Australia and India are almost certain to play the finals. Now Australia or India’s team will be out of the final only if there is a big upset. Here we are telling what are the equations for all the teams to reach the finals…

Australia’s team is at the first position in the points table of the Test Championship. This team has 75.56 percent marks. Australia now has to come to India to play four Test matches. On winning these four matches, the Kangaroo team can score 80.70 per cent marks and it will be decided to play Australia’s final. However, despite losing this series, the Kangaroo team will reach the finals. If Australia lose the series 0-4 and Sri Lanka win all their matches, then Australia will be out of the finals, which is highly unlikely.

With 58.93 per cent marks, the Indian team remains at the second position in the points table of the Test Championship. Now India has to play four Test matches against Australia at home. On winning these four matches, India will have 68.06 percent points. In this situation, Team India will easily reach the finals. Although, India can reach the finals even after winning this series by a small margin, but the teams of Sri Lanka and South Africa are also in the race for the finals. In such a situation, if India loses the series, Sri Lanka or South Africa can win the rest of their matches and play the final.

Sri Lanka have 53.33 percentage points and this team is third in the points table of the Test Championship. Sri Lanka now have to play two Tests in New Zealand. On winning both these matches, the Sri Lankan team will get 61.11 percent marks and will become a contender to play the final. However, it will not be easy for Sri Lanka to do so. Because the Sri Lankan team has played 19 Test matches in New Zealand so far and has won only two. Even after winning the series against New Zealand, Sri Lanka will have to hope that Australia beat India at home. Its chances are also very less.

South Africa’s team is fourth in the points table of the Test Championship with 48.72 per cent points. This team now has to play two Test matches at home against the West Indies. Even if they win both these matches, the African team will have 55.55 percent marks. In such a situation, this team will pray that Australia defeats India by a big margin at their home. Its chances are also very less. In such a situation, the claim of South Africa is also very weak in comparison to India.