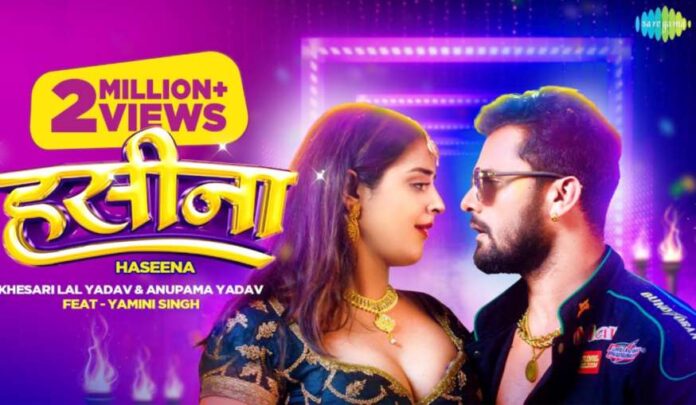 Khesari Lal Yadav: Khesari Lal Yadav is a well known name of Bhojpuri industry, he is known for his heart touching voice and strong acting in the industry. Be it a song by Khesari Lal or a film, it creates a buzz on the internet even before its release. In such a situation, now his new song ‘Haseena’ has been released. Which is now rocking the internet. The songs of Khesari Lal Yadav open like candy in the mouth of people.

Please tell that the song ‘Haseena’ has been sung by Khesari Lal Yadav along with singer Anupama Yadav. Its writer is Chhotu Yadav, music is Vicky Cox. The video is directed and choreographed by Geeta Tamta (Zenith). Its assistant choreographer is Japneet, composition is by Shubham Tiwari, production is by Abhay Pandey. Khesari’s ‘Tabla’ song has been a blockbuster.

Avneet Kaur: Actress is looking bad in short dress, you will be clean bold after seeing the photo