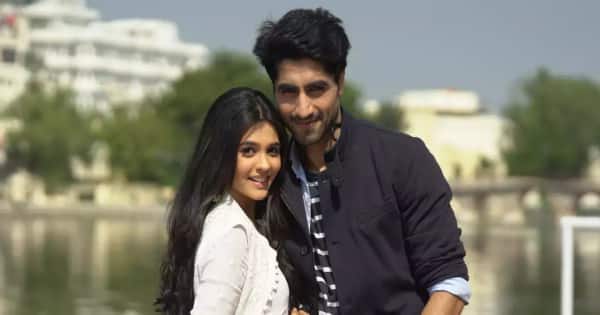 Yeh Rishta Kya Kehlata Hai is one of the most popular shows of Indian Television. Currently, Harshad Chopda, Pranali Rathod and Karishma Sawant are leading the show. Harshad Chopda plays Abhimanyu, Pranali Rathod plays Akshara and Karishma Sawant is Aarohi. Abhimanyu and Akshara’s chemistry is crackling in the show and fans want their dearest AbhiRa to be a couple in real life too. But is that possible? Harshad Chopda aka Abhi recently opened up on his singlehood status and his bond with Pranali Rathod. Also Read – Yeh Rishta Kya Kehlata Hai SPOILER ALERT: Akshu-Anisha come face-to-face; fans predict huge misunderstanding between AbhiRa – read tweets

In an interview with Etimes, Harshad stated that he doesn’t have time for love as of now and wants to concentrate on work. Talking about his bond with Pranali, Harshad mentioned that nothing will happen just because fans want it. He was quoted saying, “People wanting to see Pranali and me together in real life will not help. Unki wanting se kuchh hoga nahi. I am absolutely single and want to concentrate on my work. Had I had the time to concentrate on other stuff, I would have not been single (laughs).” Also Read – Trending TV News Today: Tejasswi Prakash reacts to wedding with Karan Kundrra, Karishma Tanna-Varun Bangera’s Haldi ceremony pics go viral and more

Currently, the storyline of Yeh Rishta Kya Kehlata Hai is of Abhimanyu and Akshara trying to convince their respective families to accept their relationship. Abhimanyu was earlier set to marry Aarohi, Akshara’s sister. Now, Anisha has registered her entry and fans are anticipating that there will be major twist and turns in AbhiRa’s relationship. Let’s wait and see what Yeh Rishta Kya Kehlata Hai has in store for us in coming days.