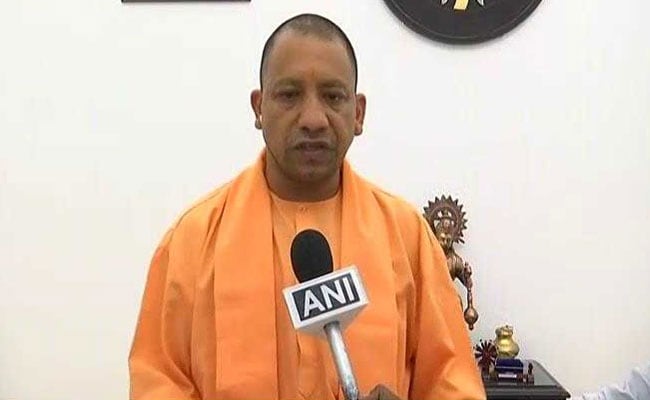 Uttar Pradesh Chief Minister Yogi Adityanath on Monday expressed confidence in the Bharatiya Janata Party winning the state Assembly polls by securing over 300 seats and said that the elections are a fight between 80 versus 20, wherein 80 per cent are those who back progress while 20 per cent people oppose everything and have a negative attitude.

In an exclusive interview with ANI, Adityanath said that after the first phase of the Uttar Pradesh Assembly elections there is no doubt about the BJP forming the government.

“Under the leadership of Prime Minister Narendra Modi and with the blessing of the people, the double-engine government is coming back for the tenure. Elections have taken an 80 versus 20 direction. Samajwadi Party, Bahujan Samaj Party and Congress are upset and are on the back foot after the first phase,” he told ANI.

Reacting to SP chief Akhilesh Yadav’s remarks of BJP cooling down after the first phase of elections, he said, “The public’s response has been cold towards Samajwadi Party in the first phase of the election. People Bare warm towards the BJP and the party is going to the public with issues, our work is solid and our intentions are honest.”

“I can say with confidence that the BJP will form the government in the state,” he reiterated.

CM Adityanath countered the allegations of the opposition that the BJP does not have any real issues and said the party has issued its election manifesto and worked honestly on issues such as economic development and uplift of the poor.

Those people who have experienced a positive change in their lives and appreciate the state government’s efforts constitute 80 per cent, he told ANI.

“20 per cent are those people who always oppose everything. They opposed everything before and will continue doing so now. They have negative thinking. They back money and crime and will remain so. This is how this election is that of 80 versus 20,” he said.

After the first phase of the elections, it is clear that it really is a poll of 80 versus 20, Adityanath said. “80 per cent of people have supported BJP, and 20 per cent are those who wanted to oppose. (They) opposed vaccine (COVID), Ann Yojana, Expressways, One District One Medical College plan…They have opposed everything and will continue doing so,” he added.

Lauding Prime Minister Narendra Modi for “changing the agenda of politics in India”, the Chief Minister said, “The politics of caste, creed, the family has been replaced by the politics of development, good governance, and betterment of villages, poor, farmers, youth, and women.”

“It is because of PM Modi’s vision that development work has happened in Uttar Pradesh and our manifesto for the polls reflects our resolution. It shows the BJP’s dedication to the public. The party has released its manifesto based on development, respect for faith and welfare of the poor. We have done it before, and are doing it now,” he said.

The second phase of polling for the state Assembly is scheduled for February 14.