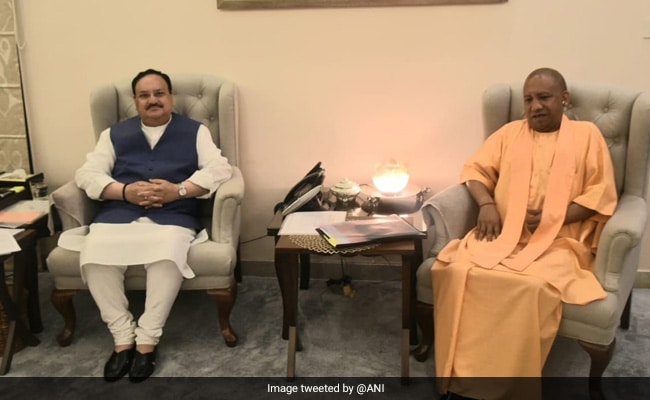 The BJP is set to have its legislature party meeting tomorrow and formally elect its leader. The oath ceremony of the new government will be held on Friday at a mega event in Lucknow’s Atal Bihari Vajpayee Ikana stadium.

Senior BJP leader and Union Home Minister Amit Shah is expected to attend the meet as the party’s observer for government formation.

While decisions have been taken for the top post, there is still suspense about the post of the Deputy Chief Minister, following the defeat of Keshav Maurya in the election. Mr Maurya had lost in Sirathu to Pallavi Patel of Apna Dal (Kamerawadi), who was contesting on a Samajwadi Party ticket.

There have been several contenders for the post, including Dinesh Sharma, Baby Rani Maurya, Brijesh Pathak, Swatantar Dev Singh and AK Sharma.

Many in the BJP, however, believe that Mr Maurya still has a chance, especially after a second term was granted to Pushkar Singh Dhami in the top post of Uttarakhand despite his defeat in his constituency.

Friday’s oath ceremony is expected to be attended by Prime Minister Narendra Modi along with several members of his cabinet and chief ministers of BJP-ruled states.

The BJP and its allies won 274 of the 403 assembly seats of the state, becoming the first party in over three decades to get a second straight term.