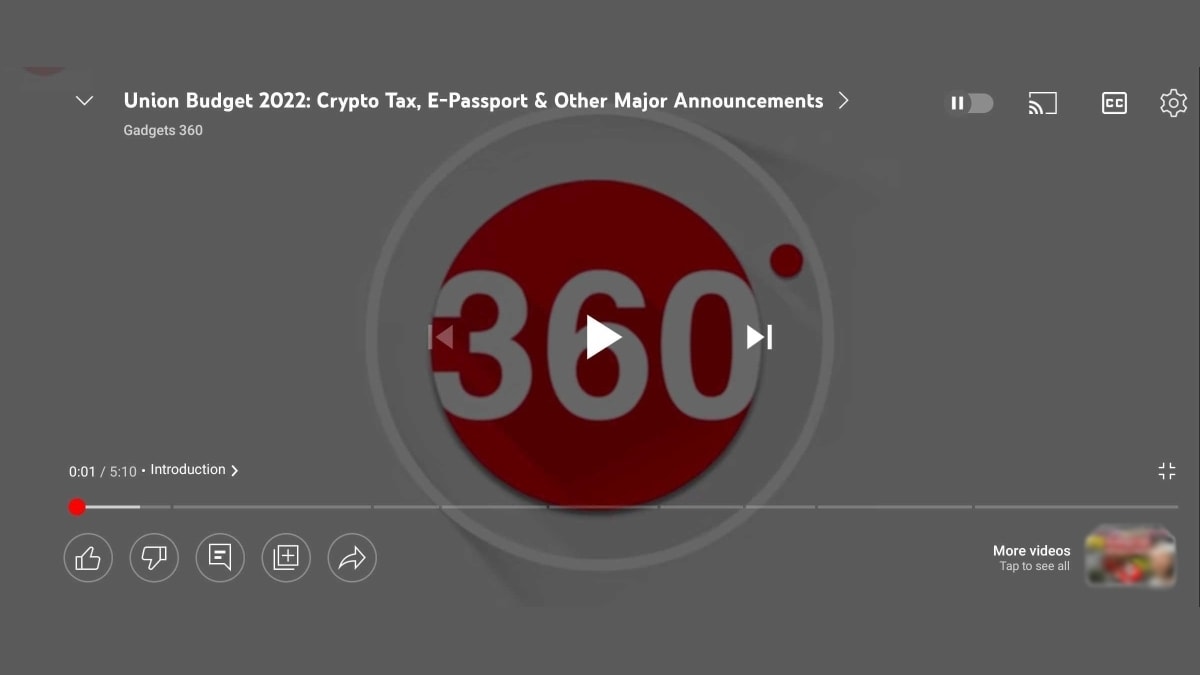 YouTube is adding new video player user interface (UI) buttons on its Android and iOS apps. The new UI elements are visible in the full screen mode on the mobile apps. It seems to be a server-side addition since no update for the app is available on the respective app stores at the time of writing. These UI elements include buttons to like or dislike a video, add comments, and more. YouTube’s new video player UI elements are expected to make interacting with videos easier than before.

As per tipster Ishan Agarwal (@ishanagarwal24), YouTube is showing some new video player UI buttons on its Android and iOS apps. These elements include shortcuts for like, dislike, comments, save to playlist, and share. These buttons appear on the bottom left corner of the video player in its full screen mode.

Gadgets 360 was able to independently verify the new UI elements for YouTube on an Android 11 device running version 17.03.35 of the app. However, the new UI elements were not visible to some iOS users on our team at the time of writing. Since the new UI buttons are already visible on Android, it is safe to assume that iOS users will soon get the updated full screen video player.


Satvik Khare is a sub-editor at Gadgets 360. His proficiency lies in educating how technology makes life easier for everyone. Gadgets have always been a passion with him and he’s frequently found finding his way around new technologies. In his free time he loves tinkering with his car, participating in motorsports, and if the weather is bad, he can be found doing laps on Forza Horizon on his Xbox or reading a nice piece of fiction. He can be reached through his Twitter
…More