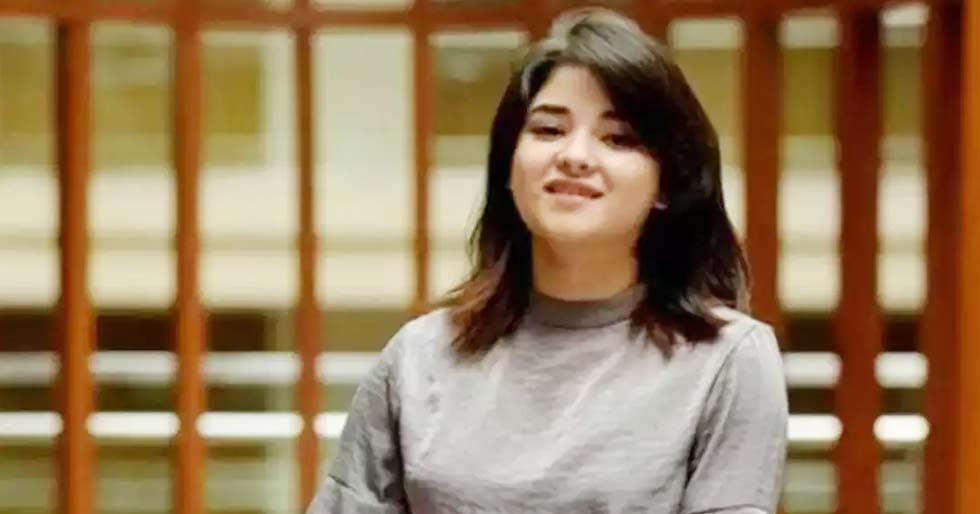 In her Facebook post, Zaira wrote, “The inherited notion of hijab being a choice is an ill-informed one. It’s often either a construct of convenience or ignorance. Hijab isn’t a choice but an obligation in Islam. Likewise a woman who wears the hijab is fulfilling an obligation enjoined upon her by the God she loves and has submitted herself to.”

Opposing the ban on Hijab, Zaira wrote, “ I, as a woman who wears the hijab, with gratitude and humility, resent and resist this entire system where women are being stopped and harassed for merely carrying out a religious commitment.”

Zaira went on to write, “Stacking this bias against muslim women and setting up systems where they should have to decide between education and hijab or to give up either is an absolute injustice. You’re attempting to compel them to make a very specific choice that feeds your agenda and then criticising them while they’re imprisoned in what you’ve constructed. There is no other option to encourage them to choose differently. What is this if not a bias with people who confirm it acting in support of it? On top of all this, building a facade that all this is being done in the name of empowerment is even worse when it is quite exactly the opposite of that. Sad.”

The hijab row began when on January 1, 6 Muslim female students in Karanataka weren’t allowed to enter the Government PU College in Udipi, wearing hijab. The students started protesting against the college authorities making it a nationwide issue. The case is currently being heard in Karnataka High Court.

Zaira made her debut in Bollywood at the age of 16 with Aamir Khan’s Dangal. She then starred in Secret Superstar and The Sky Is Pink. In 2019, she retired from acting stating that her profession conflicted with her religious beliefs.